• He did not know that the Old One was his father, for such a relationship was utterly beyond his understanding, but as he looked at the emaciated body he felt dim disquiet that was the ancestor of sadness.

• It was a vague and diffuse sense of envy – of dissatisfaction with his life. He had no idea of its cause, still less of its cure; but discontent had  come into his soul, and he had taken one small step toward humanity 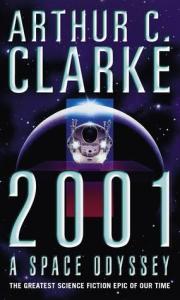 • Now times had changed, and the inherited wisdom of the past had become folly

• Unlike the animals, who knew only the present, Man had acquired a past; and he was beginning to grope toward a future.

• Someone had once said that you could be terrified in space, but you could not be worried there. It was perfectly true

• The more wonderful the means of communication, the more trivial, tawdry, or depressing its contents seemed to be

• The approaching lunar mountains were utterly unlike those of Earth; they lacked the dazzling caps of snow, the green, close-fitting garments of vegetation, the moving crowns of cloud

• Though there was sadness in this thought, there was also a great hope. When Earth was tamed and tranquil, and perhaps a little tired, there would still be scope for those who loved freedom, for the tough pioneers, the restless adventurers

• He had only part of its track, but when the computer projected it on the Planet Situation Board, it was as clear and unmistakable as a vapor trail across a cloudless sky, or a single line of footprints over a field of virgin snow

• They stared at that passing pebble in the sky with the emotions of sailors on a long sea voyage, skirting a coast on which they cannot land

• the planet was constantly capturing short-lived moons from the asteroid belt, and losing them again after a few million years. Only the inner satellites were its permanent property; the Sun could never wrest them from its grasp.

• Jupiter now filled the entire sky; it was so huge that neither mind nor eye could grasp it any longer, and both had abandoned the attempt

• And because, in all the galaxy, they had found nothing more precious than Mind, they encouraged its dawning everywhere. They became farmers in the fields of stars; they sowed, and sometimes they reaped. And sometimes, dispassionately, they had to weed.

• Dying? No – that was a wholly false impression, born of human experience and the emotions aroused by the hues of sunset, or the glow of fading embers. This was a star that had left behind the fiery extravagances of its youth, had raced through the violets and blues and greens of the spectrum in a few fleeting billions of years, and now had settled down to a peaceful maturity of unimaginable length. All that had gone before was not a thousandth of what was yet to come; the story of this star had barely begun.

• He was retrogressing down the corridors of time, being drained of knowledge and experience as he swept back toward his childhood

• For in the eons since their last meeting, much had been learned by the weaver; and the material on which he practiced his art was now of an infinitely finer texture