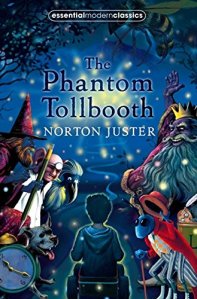 Sometimes a children’s classic is all you need to sit back and re-evaluate your adult life. It gives one a much needed break from everyday chaos, driving the Reader towards quiet contemplation of the inner self in context of the external world. The Phantom Tollbooth was an absolute delight to read for the very first time, that too as an adult. I doubt I would’ve been able to appreciate its weighty content as a child.

The Road and the Journey

On Thinking and Perception

“The algorithms know you better than you know yourself.” 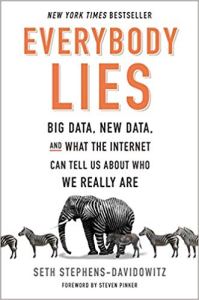 The book was too monotonous, purely data-driven, and replete with unrelated examples. It’s just a collection of big data that didn’t really challenge my existing notions nor added any new ideas to my knowledge. Except of course the assertion that many stereotypes are true, and others are false.

On revealing our true selves on the Internet

Reminiscent of Paul Kalanithi’s “When Breath Becomes Air”, but I could relate with Pausch’s 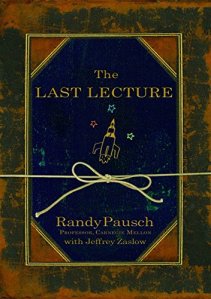 sentiments and sagacity of words more. I felt a particular sort of fragility between the lines, which was in contrast to Kalanithi’s somewhat clinical book – not that any comparison is merited. Perhaps it is because Randy Pausch was a professor at heart and this memoir is replete with analogies and philosophies of life.

Under the ruse of giving an academic lecture, I was trying to put myself in a bottle that would one day wash up on the beach for my children.

Nuggets to Ponder Upon

This is an engrossing psychological thriller where each character is highly flawed, incorrigible, and 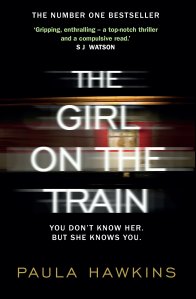 as culpable of heinous acts as the other. Alcoholism, infidelity, self-delusions, misplaced rage and pretensions are just some of the issues these characters are embroiled in. I particularly liked how Paula Hawkins employed the tool of first-person and unreliable narrator over and over to bring about mystery and intrigue to an already convoluted plot, which is both crass and terrifying.  None of the characters (including baby Evie at times who has almost no direct bearing to the story) are likeable. They harbor evils of lust, jealousy, falsehoods and troubling secrets. There is no savior complex in the novel, which plagues many thrillers which makes it all the more engaging.

The reader teeters on the edge, sometimes being blind-sided by a new development, and at other times being deliberately led on a false trail. An overall gripping read. Highly recommended!

This autobiography has left a profound effect on me. A highly recommended read, not just to familiarize yourself with the injustices faced by the black man (or any minority) but to truly 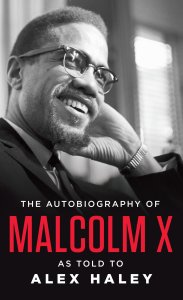 comprehend the limits of human endurance and valor in face of odds. An important takeaway from this towering autobiography has been that greatness lies not just in endurance, but also in the capacity to recognize, rethink and reevaluate life’s purpose. Only in admitting to a mistake and rectifying it does true virtuousness lie.

Malcolm X “delighted in twisting the white man’s tail, and in making Uncle Toms, compromisers, and accommodationists, thoroughly ashamed of the urbane and smiling hypocrisy we practice merely to exist in a world whose values we both envy and despise.”

Whilst reading this book, the cloud of ignorance which envelopes everyone to varying degrees, fizzles out. You become more mindful of innate prejudices, of deliberate hateful rhetoric propagated by the few to suppress masses. Malcolm X repeatedly preached to not fall for the white man’s patronizing actions, which appear helpful only on the surface but are rooted in systemic humiliation and scorn. Malcolm’s philosophy was founded upon revolution and not evolution in order to bring radical change, which depending on the circumstances, seems like the correct approach.

Keep letting the white man tell them how much “progress” they are making. They’ve heard it so much they’ve almost gotten brainwashed into believing it—or at least accepting it.

I also became cognizant of a few markers of black culture that are so prevalent in mainstream media. Terms like zoot suit, lindy-hopping and speakeasies were introduced to me in the context of Harlem lifestyle, which Malcolm X paints so vividly. Complementing this were numerous artisans and musicians mentioned in the book which aroused my curiosity and I was ushered into the world of jazz and blues music. Here are a few examples:

This book can be broadly divided into four parts: Malcolm’s Childhood, Malcolm as a Harlemite, as a member of Nation of Islam, and lastly as an orthodox Muslim with subsequent political and racial awakening. Throughout the narration Malcolm owns up to his shortcomings with brutal sincerity (I doubt any other leader would do the same under limelight). He acknowledges the self-created pitfalls of his past life and does not brush them away casually. This audacity made Malcolm X who he was – unapologetic yet humble.

I thought at least that now, when all the white folks are safe from him at last, I could be honest with myself enough to lift my hat for one final salute to that brave, black, ironic gallantry, which was his style and hallmark, that shocking zing of fire-and-be-damned-to-you, so absolutely absent in every other Negro man I know, which brought him, too soon, to his death.

As a Muslim myself I couldn’t be more proud of his legacy as a fellow Muslim brother. He was assassinated just one year after accepting Orthodox Islam which goes to show that God Almighty has a plan for everyone, and a few chosen men of His are marked to do great work for justice and humanity. The harrowing tragedies faced by his progeny are a testament to Malcolm’s legacy too. And if I ever get to visit America, I would make it a point to pay my respects on his grave personally (James Baldwin is buried in the same Ferncliff Cemetery as Malcolm X).

(Side note: Malcolm X’s autobiography should be a compulsory read in academic, social and political circles.)