On the much anticipated sunny morning of June 6th, I mounted two sunglasses atop a pair of spectacles, drilled a microscopic hole in a Pringles can and set forth to witness what was the last Venus Transit of the Century. This rare event will happen next on December 2117 – that is an overwhelming 105 years from now! I finally have something to flaunt to my kids about. 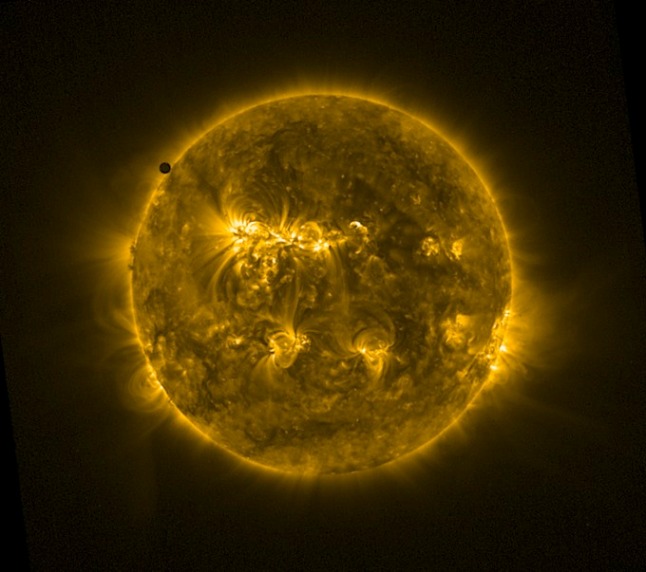 “Venus’ true diameter is less than 1/100 that of the sun and it is more than three times closer than the sun. These two factors result in Venus appearing to be about 1/30 the diameter of the sun. Since Venus is about the same size as our planet, the black dot represents the apparent size of the Earth as viewed from 26 million miles away. Due to the planet’s tilted orbit, Venus transits are so rare that only six have been observed since the invention of the telescope more than 400 years ago”