A selection of favourite passages from the book

Winter in the Abruzzi

• When the first snows began to fall a quiet sadness took hold of us. We were in exile: our city was a long way off, and so were books, friends, the various desultory events of a real existence 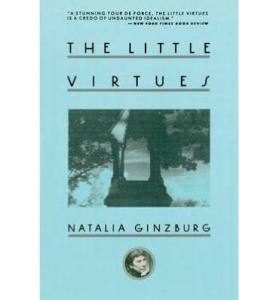 • There is a kind of uniform monotony in the fate of man. Our lives unfold according to ancient, unchangeable laws, according to an invariable and ancient rhythm

• But what kind of men will they be? I mean, what kind of shoes will they have when they are men? What road will they choose to walk down? Will they decide to give up everything that is pleasant but not necessary, or will they affirm that everything is necessary and that men have the right to wear sound, solid shoes on their feet?

Portrait of a Friend

• But because he had always expected it, it gave him no pleasure when it came, since as soon as he had something he was incapable of loving or enjoying it.

• The English rarely show surprise. If it happens that someone faints in the street, everything is provided for. In a few seconds a chair is found for him, a glass of water, a uniformed nurse. That people may faint in the street has been foreseen, and everything goes on around the patient automatically and promptly so that help is at hand

• Italy is a country which is willing to submit itself to the worst governments. It is, as we know, a country ruled by disorder, cynicism, incompetence and confusion. Nevertheless we are aware of intelligence circulating in the streets like a vivid bloodstream. This is an intelligence which is clearly useless. It is not used to benefit any institution that might to some extent improve the human condition. All the same, it warms and consoles the heart, even if this is an illusory comfort and perhaps a foolish one

• In Italy a tree in blossom at the roadside would be a delightful surprise. It would be there by chance, having sprung. out of the earth in sheer joy, and not because a calculated decision had been made that it should be there.

• Indeed, nothing in the world is sadder than an English conversation, in which everyone is careful to keep to superficialities and never touch on anything essential. In order not to offend your neighbour, not to violate his privacy— which is sacred—an English conversation revolves around subjects that are extremely boring for everyone concerned, but in which there is no danger

• In England intelligence is translated into deeds, but if we look for it among the people who pass us in the street we only find a faint glimmer and this—stupidly and unjustly certainly—gives us a feeling of loss and induces melancholy

• England is a country where people stay exactly as they are. The soul does not receive the slightest jolt

• The soul does not free itself from its vices but neither does it attach itself to new vices, Like the grass, the soul silently lulls itself in its green solitude, watered by the tepid rain

• If I occasionally hear a piece of music that I like I don’t know how to remember it; and how can I love something that I can’t remember?

The Son of Man

• If you carry details around inside yourself for a long time without making use of them, they wear out and waste away. Not only details but everything, all your ideas and clever notions

• all around us moves a crowd of people who are apparently calm and light-hearted while we, oh we are the gloomiest, most gauche and detestable thing on earth

• After many years, only after many years, after a thick web of habits, memories and violent differences has been woven between us, we at last realize that he is, in truth, the right person for us, that we could not have put up with anyone else, that it is only from him that we can ask everything that the heart needs

• As far as the education of children is concerned I think they should be taught not the little virtues but the great ones. Not thrift but generosity and an indifference to money; not caution but courage and a contempt for danger; nor shrewdness but frankness and a love of truth; not tact but love for one’s neighbour and self-denial; not a desire for success but a desire to be and to know.

• In reality the difference is only an apparent one. The little virtues also arise from our deepest instincts, from a defensive instinct; but in them reason speaks, holds forth, displays its arguments as the brilliant advocate of self-preservation. The great virtues well up from an instinct in which reason does not speak, an instinct that seems to be difficult to name. And the best of us is in that silent instinct, and not in our defensive instinct which harangues, holds forth and displays its arguments with reason’s voice.

• If we deny him a bicycle which he wants and which we could buy him we only prevent him from having something that it is reasonable a boy should have, we only make his childhood less happy in the name of an abstract principle and without any real justification. And we are tacitly saying to him that money is better than a bicycle; on the contrary he should learn that a bicycle is always better than money